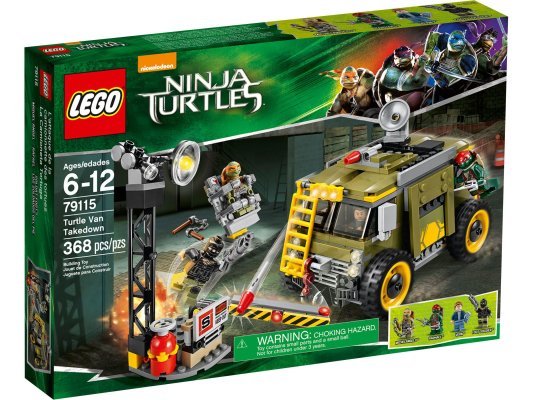 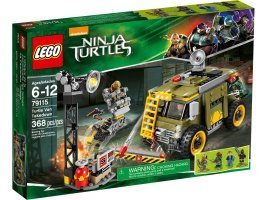 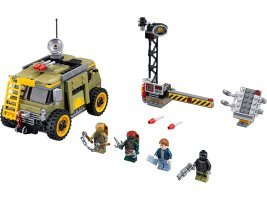 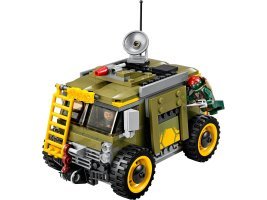 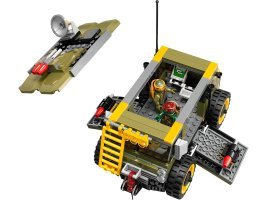 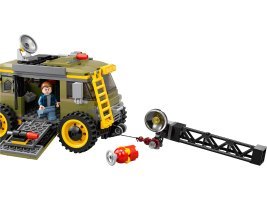 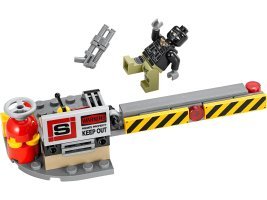 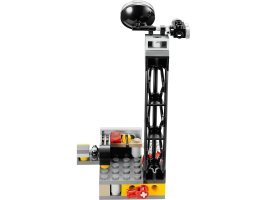 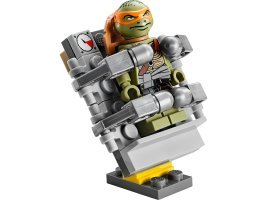 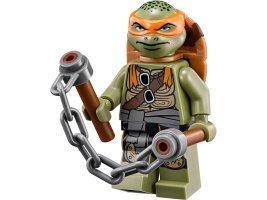 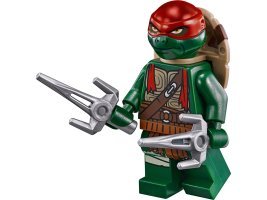 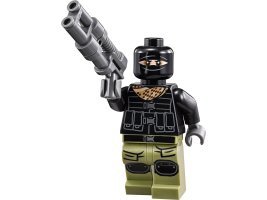 Get past the roadblock and rescue Michelangelo in the Turtle Van! Vern and Raphael are speeding through the city streets in the souped-up Turtle Van to rescue Michelangelo, but the Foot Soldier has lowered the barricade gate to block the road. Check the on-board computer to outwit it and accelerate to top speed to crash through the barricade. Open up the side doors to unleash the hidden flick missiles and fire the roof missiles to hit the gas tank and blow up the gate. When you find Michelangelo, release the mechanical arms holding him down on the stretcher and crank up the van’s Turtle Power to zoom away. Includes 4 minifigures with weapons: Vern, Foot Soldier, Raphael and Michelangelo.   Includes 4 minifigures with weapons: Vern, Foot Soldier, Raphael and Michelangelo Turtle Van features a removable roof, computer and screen, 2 fold-out side flick missiles, 2 roof flick missiles, satellite dish, hook and a winch Barricade gate features moveable arm plus crash break and blow-up functions, spotlight and surveillance camera Also includes stretcher with mechanical arms Weapons include a nunchuk, gun and 2 sai Open the doors and fire the flick missiles Smash through the gate in the Turtle Van Press the trigger to blow up the barricade Release the stretcher’s mechanical arms to rescue Michelangelo Turtle Van measures over 3” (10cm) high, 5” (15cm) long and 3” (9cm) wide Barricade gate measures over 5” (13cm) high, 5” (13cm) wide and 1” (5cm) deep