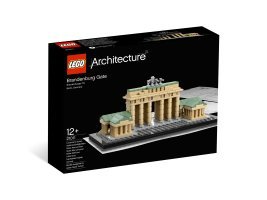 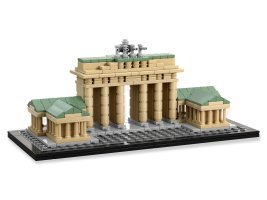 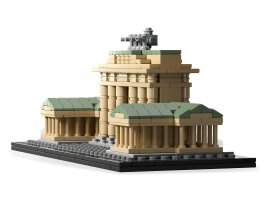 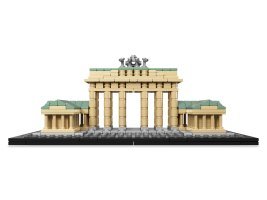 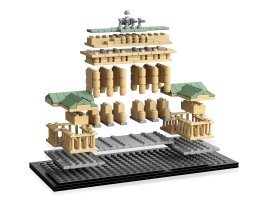 Create an historical monument with this real-world architectural replica of the Berlin’s famous Brandenburg Gate.

Build a LEGO® replica of the Brandenburg Gate! Commissioned by King Frederick William II of Prussia as a sign of peace, the Brandenburg Gate has been one of Berlin's most important monuments for over 200 years – both as an architectural landmark and historic symbol. The grandest of a series of 18 gates circling the city, the Brandenburg Gate was constructed between 1788–1791 from the Propylaea-inspired designs of architect Carl Gotthard Langhans. This sandstone gate consists of twelve Doric columns that combine to form five passageways, topped by the imposing Johann Gottfried Schadow statue, Quadriga – a four-horse chariot ridden by Victoria, the Roman Goddess of victory. This LEGO® Landmark series interpretation of the Brandenburg Gate was designed by US architect Adam Reed Tucker in collaboration with the LEGO design team. Interpretation of real-world architectural landmark the Brandenburg Gate  Booklet included with details on design and history (English language only. Other languages available for download) Measures 3.6" (9.2cm) tall, 8.8" (22.4cm) wide and 3.7" (9.6cm) deep  Collect the entire Landmark and Architect series sets  LEGO® Architecture inspires future architects, engineers and designers as well as architecture fans around the world using the LEGO brick as a medium for reproducing esteemed structures